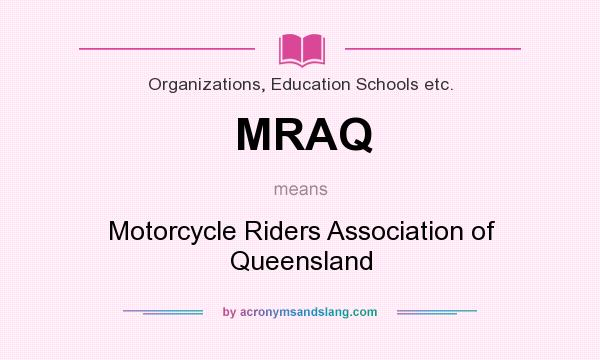 "Made in Japan, loved on the Fraser Coast".


While waiting to see my doctor I was searching thru the magazines and newspapers that were piled on one of the little tables in the corner of her waiting room. I came across this article from the 'Fraser Coast Chronicle' in Hervey Bay, Australia.


Queensland Department of Transport and Main Roads data shows the region is home to 3,401 motorcycles and Japanese badges rule the road.

Honda is the most common brand, with 651 on our streets. Yamaha sits at number two with 609, Suzuki has 509, iconic US manufacturer Harley-Davidson has 480 and there are 348 Kawasaki's.

Motorcycle Riders Association of Queensland president Chris Mearns said the experience of riding a motorcycle was like no other.

"There is a feeling of release when riding that is just not present in an enclosed vehicle and unfortunately for those that have never known the experience it can be something that is hard to fathom," he said.

Mearns said motorcycle ownership had a range of benefits.

"There is the obvious benefit that they are far less expensive to buy and operate, which for quite a growing number is the main reason for them choosing to ride," he said.


My doctor from Australia, in case you were wondering why there was an Australian paper laying around.

Today in motorcycle history proudly supports the National Association for Bikers with a Disability (NABD). www.nabd.org.uk
Posted by Unknown at 11:26 AM 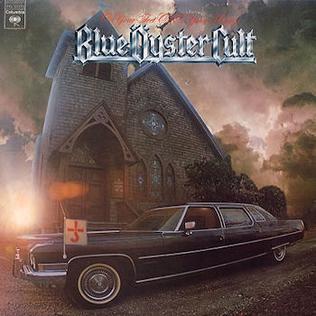 The album featured songs such as "Cities on Flame with Rock and Roll", "Stairway to the Stars", and "Then Came the Last Days of May", all of which the band still play during their shows.


The album received mostly positive reviews from critics. Critic extraordinaire Lester Bangs gave the album a generally positive review stating, "with Blue Öyster Cult, New York has produced its first authentic boogie beast, and with any luck this one should be around for awhile" adding "I don't think you should miss this album." Circus wrote that "it could well be the album of the Seventies". The record was named an honorable mention on IGN's list of "Top 25 Metal Albums" and has been called "Heavy metal for people who hate heavy metal."


That's great, but what does this have to do with motorcycles you ask? When Blue Oyster Cult played live "Cities on Flame with Rock and Roll" it was shortened to "Rock and  Roll" and 98% of the time they had a bike on stage. During the "On Your Feet or On Your Knees" tour (1975) Eric Bloom would come onstage aboard a Harley-Davidson and crank it up to open the show! The gig would end with their version of "Born to Be Wild".


Today in motorcycle history proudly supports the National Association for Bikers with a Disability (NABD). www.nabd.org.uk
Posted by Unknown at 1:25 PM 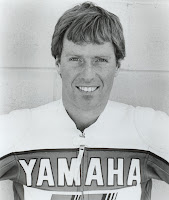 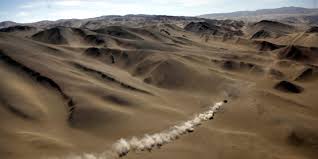 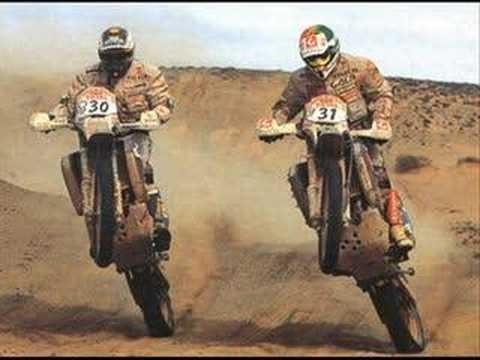 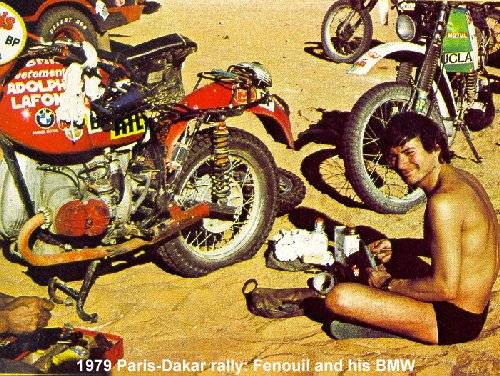 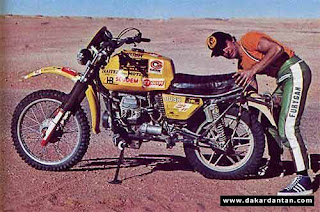 The first running of the Paris-Dakar Rally ends with Cyril Neveu winning the motorcycle category on a Yamaha 500XT.

The dream of the 'Ultimate Rally' actually began back in 1977, when the French motorcyclist Thierry Sabine got lost on his bike in the Libyan desert during the Abidjan-Nice Rally. Sabine returned to France still in thrall to this landscape. He then plotted a route starting in Europe, continuing to Algiers and crossing Agadez before eventually finishing at Dakar, Senegal. Sabine coined a motto for his inspiration: "A challenge for those who go. A dream for those who stay behind." Courtesy of his great conviction and that modicum of madness peculiar to all great ideas, the plan quickly became a reality.


Thierry Sabine's dream took shape on December 26, 1978, as 182 vehicles (80 cars, 90 motorcycles and 12 trucks) turned up in the Place du Trocadéro for a 10,000-kilometre (6,214-mile) journey into the unknown, destination Dakar. The encounter between two worlds sought by the event's founder unfolded on the African continent. Among the 74 trail-blazers who made it to the Senegalese capital, Cyril Neveu, at the helm of  a Yamaha 500XT, would be the first winner of what would go on to be called 'the greatest rally in the world'.

Did you know that in 1979 all the vehicles that took part were classified together, although they would compete separately in subsequent editions of the race and that Cyril Neveu won the rally despite not winning any individual stages, taking the lead on the sixth stage after Patrick Schaal (Yamaha) fell and fractured his little pinky-finger. Betcha he took a lot of shit for that one.

Today in motorcycle history proudly supports the National Association for Bikers with a Disability (NABD). www.nabd.org.uk
Posted by Unknown at 10:49 AM 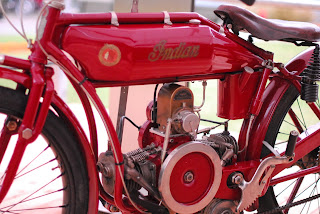 The much anticipated Indian Motorcycle Exhibit inside the Museum of Springfield History in Springfield, Massachusetts, opens.


Some of the Indians in the exhibit I thought you might enjoy:


A 1917 Model O Light Twin, which featured Indian’s horizontally opposed motor running front to back, NOT side to side.

The 1925 single-cylinder Prince. Weighing in at 265 lbs and costing $185, it was aimed squarely at the entry-level rider. The marketing campaign included the slogan, “You can learn to ride it in five minutes!” That's about all the time you had, by 1929 production ceased.


1926 Indian Scout was a nasty Hill Climb machine built for Bob Armstrong, a local hero in the 1920's. Armstrong's bike had a custom rear end, a more aggressive gear ratio and it ran on wood alcohol for fuel.


And a 1937 Indian delivery van/motorcycle, or 'Traffic Car' as they were known. Built at the Indian Motorcycle factory it started life as an Indian Chief, powered by the same 42-degree, 74-cubic-inch V-twin as the two-wheeled model. But then, workers bolted a massive steel subframe to the rear of the bike and installed a jackshaft where the rear wheel should go. Sprockets on each side of the jackshaft turned drive chains to each rear axle, offering two-wheel drive. They were used to deliver everything from auto parts to ice cream.

Today in motorcycle history proudly supports the National Association for Bikers with a Disability (NABD). www.nabd.org.uk
Posted by Unknown at 1:20 PM Unusual and rare compared to its big brother the more plentiful 45' Scout. This 1940 500cc "Junior" Scout was a good example of the smaller model. The bike was auctioned as 'complete and running'. This sweet bar-hopper is a definite head turner.

The 30.50' motor can cruise at 45mph but it has never been known to see the brighter side of 55mph. As one Indian aficionado was quoted as saying, "It'a great little bike but it can't pull the skin off a grape."

Forget being a cowboy out on the range, or a Spitfire pilot battling the Nazi hoards over the English Channel. I went to bed every night dreaming of riding a Ducati in the TT and receiving a kiss in the winner’s circle. I was a very confused nine-year-old.

The reason was simple: Pre-Japanese, lightweight motorcycles were dull, dull, dull. Little bikes were for beginning riders, or the poor, or stupid, or those with no taste. Real men rode BSA Gold Stars and Velocette Venoms and Triumph T110's. Bikes which went grrrr and bared their teeth if you looked at them the wrong way or knocked their oil cans over at the bar.

But as always, history is not straightforward. In Italy, lightweights were anything but boring or mundane – purely and simply because of the Italians’ love of racing.


Fabio Taglioni designed a bevel drive, SOHC engine which appeared simultaneously in 100cc and 125cc forms to give Ducati two chances in the multi-class Moto Giro. The bike bore many of Taglioni’s trademark design traits. In reality, it was a very conservative concept that broke no new ground.

Norton in particular had been racing bevel drive engines since the 1920's with incredible success. Unit construction engines, where the engine and gearbox are one item, had also been in production since before the First World War. What Taglioni did was to put all the best of known engineering practice into one, unified, package. The result was a neat, reliable and very beautiful, motorcycle.

The engine was a typical Taglioni design. The heart of the Sport was an oversquare (62 x 57.8mm) high-revving, SOHC motor. As with all Taglioni’s motors, the cam was driven by a shaft and the wet sump kept the oil low in the chassis and the engine simple. In standard trim, power was a class-leading 14 hp at an astonishing 8,000 rpm. This gave an 85mph-plus performance – comparable with many 500's of its day.

The race bike carried the exotic name “Silverstone Super”. Ducati provided a hotter cam, bigger carburetor, race exhaust and rev counter. A small pilot, glued to the fuel tank and with his knees tucked in, could expect to see a genuine 95mph, which was Grand Prix performance.

Then there was the detailing. The razor thin saddle was designed for the rider to stretch right back, tucked into a racing crouch on the track – and looking cool on the road. The gas tank came complete with clips ready for a chin pad.

So, clearly, the Sport is a bike every enthusiast would want to ride every day? Well, no. The rock hard suspension, narrow seat and low bars make for a very committed riding experience. The motor vibrates and the left-hand side kick start, mounted high on the engine case, is very much an acquired taste. In short, this is not a bike for the long relaxing mountain ride.

But, man, it would look good in my garage.


Today in motorcycle history proudly supports the National Association for Bikers with a Disability (NABD). www.nabd.org.uk
Posted by Unknown at 11:28 AM