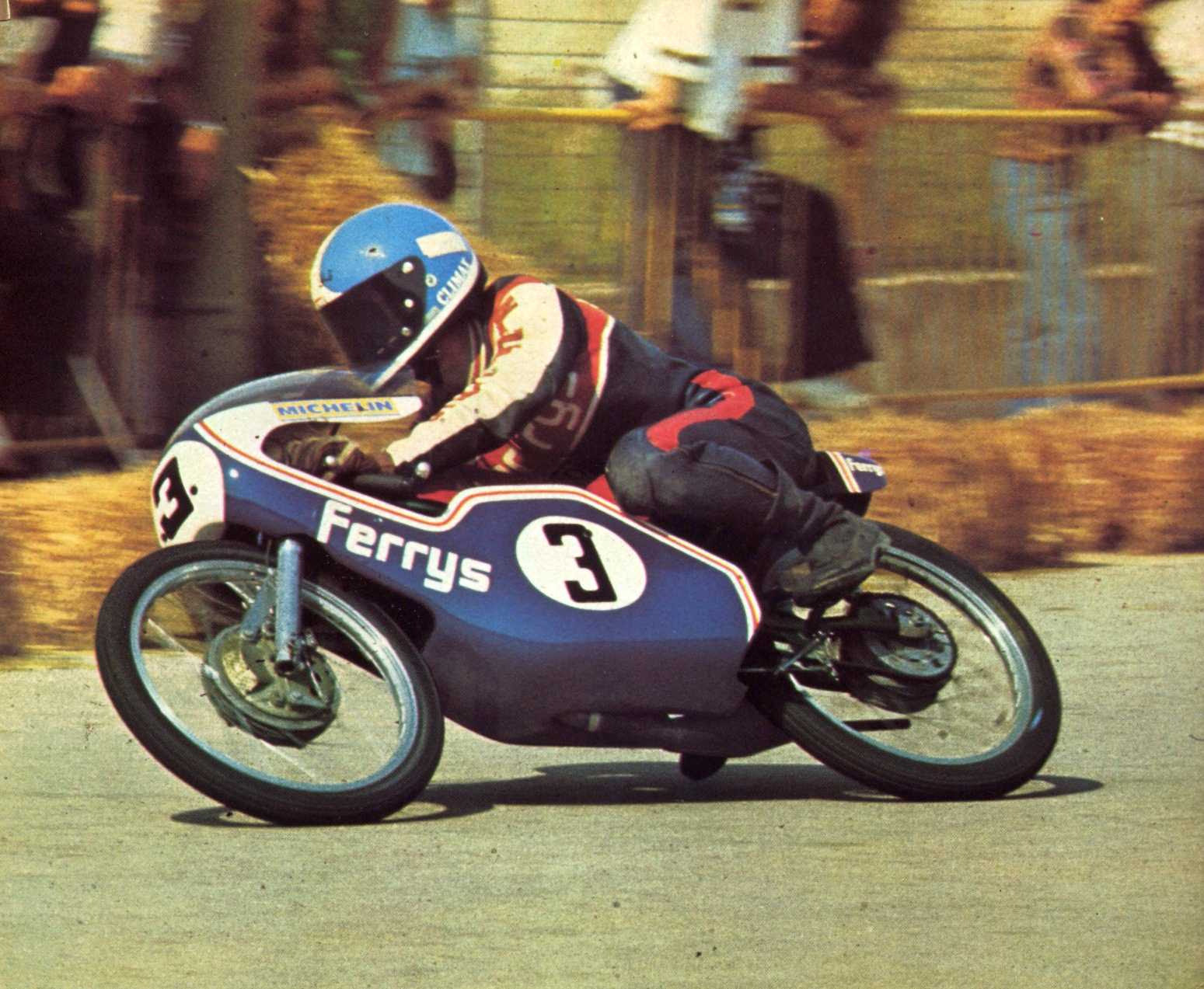 As a member of the Bultaco factory team in 1978, Ricardo Tormo wins his first FIM 50cc World Championship. After a falling out in 1980, Tormo would leave the factory team and would prove to them it was their loss, not his, when, in 1981, he once again is crowned  50cc World Champion but, this time saddling a privately backed Bultaco.  He was also a three-time 50cc Spanish National Champion and a four-time 125cc Spanish National Champion.

After a divorce from Bultaco, in 1983, together with Jorge "Aspar" Martinez, Tormo signed with the Derbi factory to compete for the 1984 World Championship in the new 80cc category.  At the first race of the year at Misano, Tormo's Derbi suddenly throws a rod putting an end to his Derbi debut.  The motorcycle press raise their collective eyebrow, should he have signed with Derbi?  The second race of the season was to be held at Spain’s Jarama Circuit.  At that time, there were only two official circuits in Spain, one in Jarama and the other in the beautiful Calafat.  The team planned test rides before the race, but both circuits were already booked, forcing them to practice in Martorelles.  This region of Barcelona was an industrial park just outside of the Derbi factory.  The team occasionally had test runs in this area, blocking off the roads to ensure that no cars would interfere with the racers.  During a practice prior to the Spanish Grand Prix, a vehicle gained access to the area from one of the team’s assistants who was supposed to have blocked off all of the roads.  Tragically, Tormo, who was testing a new racing suit, hit the car and shattered his right leg, ending the career of one of Spain's greatest Grand Prix racers.

In 1994, Tormo received Valencia’s highest honor when he was given the Valencian Community’s High Distinction award.  In collaboration with the journalist Paco Desamparados, an autobiography was published, entitled "Yo Ricardo. Una vida por y para la moto" (I am Ricardo. A life by and for motorcycles).

After a long battle with leukemia, on December 27, 1998, Ricardo Tormo dies.  In his honor, Valencia’s racetrack was renamed the Circuit de la Comunitat Valenciana Ricardo Tormo.
Posted by Unknown at 8:49 AM