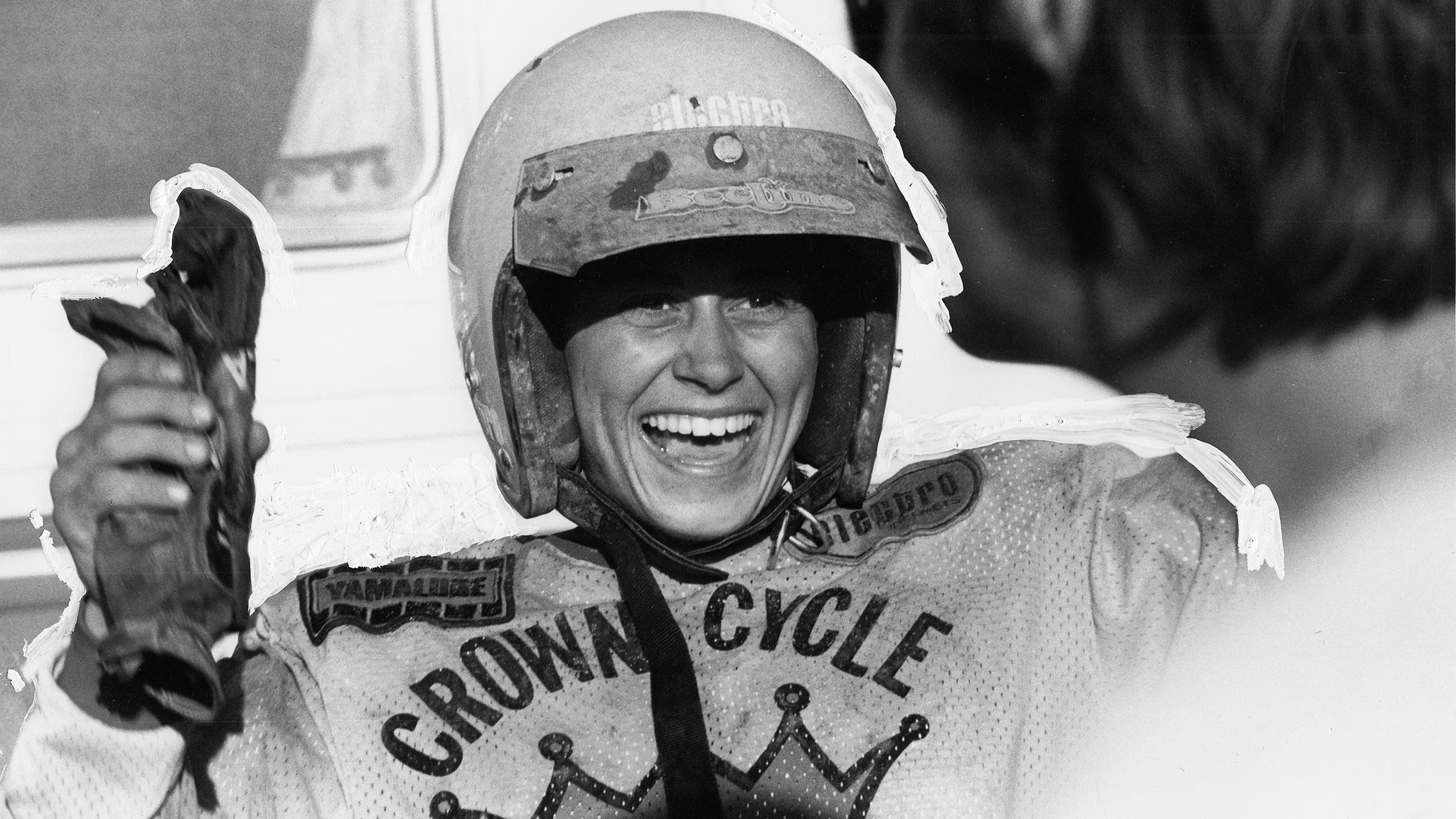 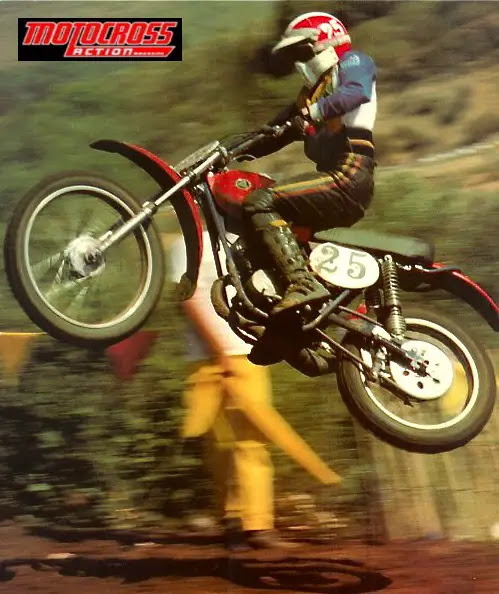 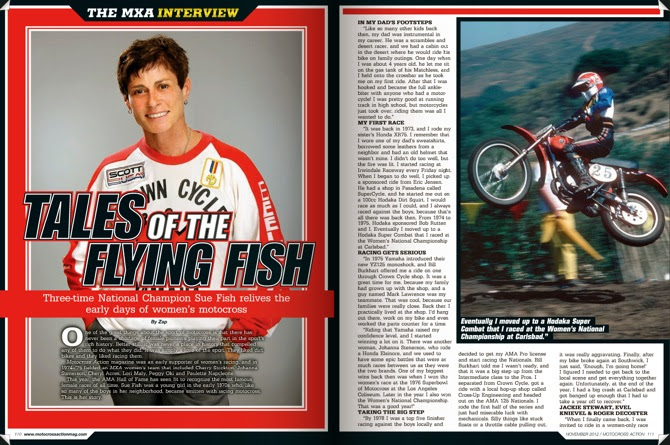 When Sue Fish was introduced to motocross at the age of 4 by her father, something instantly clicked. By 14, she started racing, and winning. At age 19, Fish advanced to the AMA Pro Racing national circuit. In addition to dominating the female ranks, having won the 1976 and 1977 Women’s National Motocross Championships, she was one of the first women motocross racers to hold a professional racing license from the AMA and compete regularly against men.


While practicing for the 1978 Women's National Championship at Indian Dunes Motorcycle Park, Fish came screaming over a hill only to find a jeep parked on the track.

With little chance to react, she hit the jeep, suffering a broken femur, a split sternum and numerous head injuries.

At the time, Fish was the reigning women's National Motocross Champion and seemed poised to climb the standings on the men's circuit. Though the injuries were devastating, (it took her 3 years of surgeries and rehab) when all was said and done she returned to racing. Unfortunately, after one full season her injuries forced her to retire.

Fish then put her talents to work, working as a Hollywood stuntwoman. She was Linda Hamilton's stunt-double in “Terminator” and she also traveled as part of Evel Knievel’s stunt show in Australia.

Sue Fish has undergone 23 surgeries, including 10 on her knees and one shoulder replaced. “If you don’t fall,” she said, “you’re not going fast enough.”


Today in motorcycle history proudly supports the National Association for Bikers with a Disability (NABD). www.nabd.org.uk
Posted by Unknown at 10:58 AM