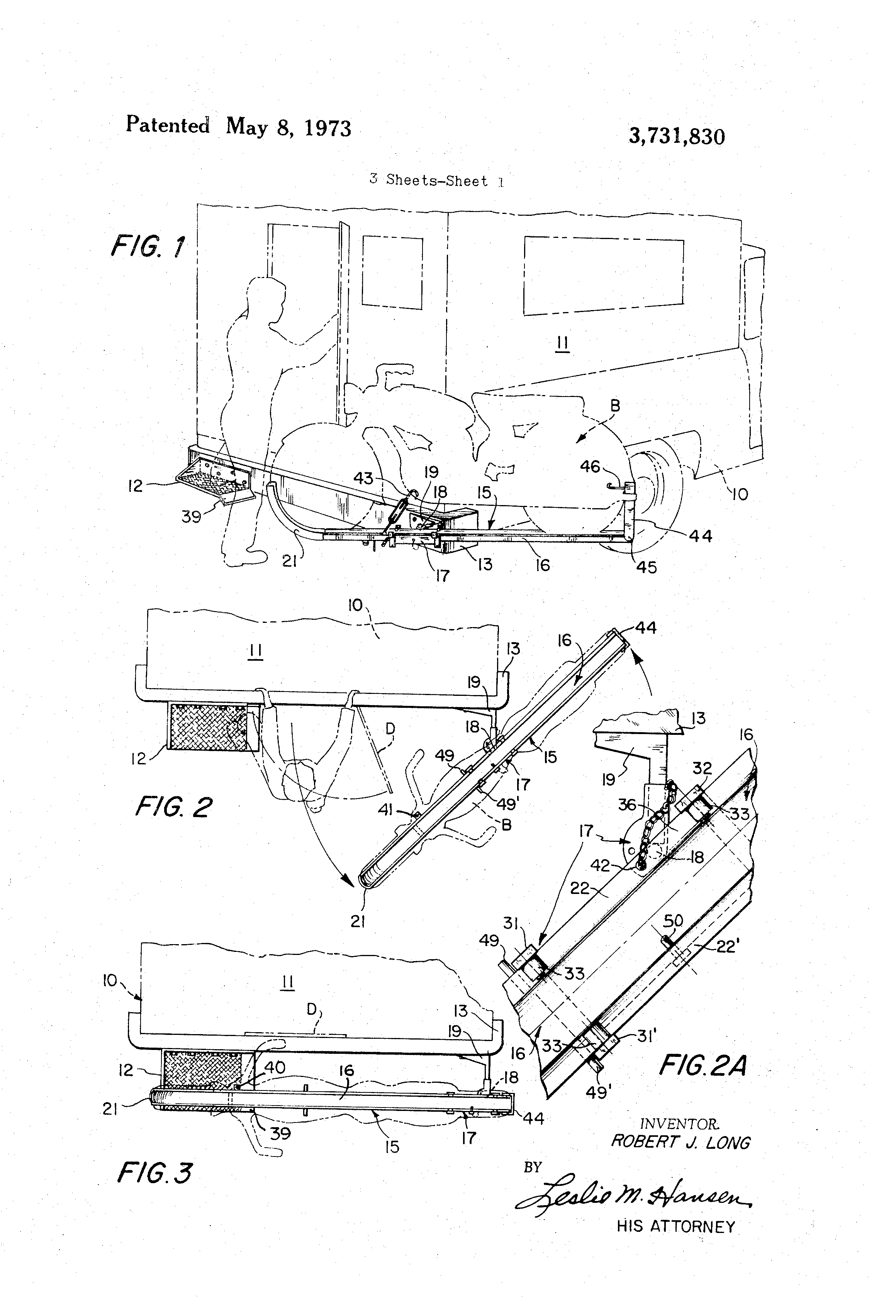 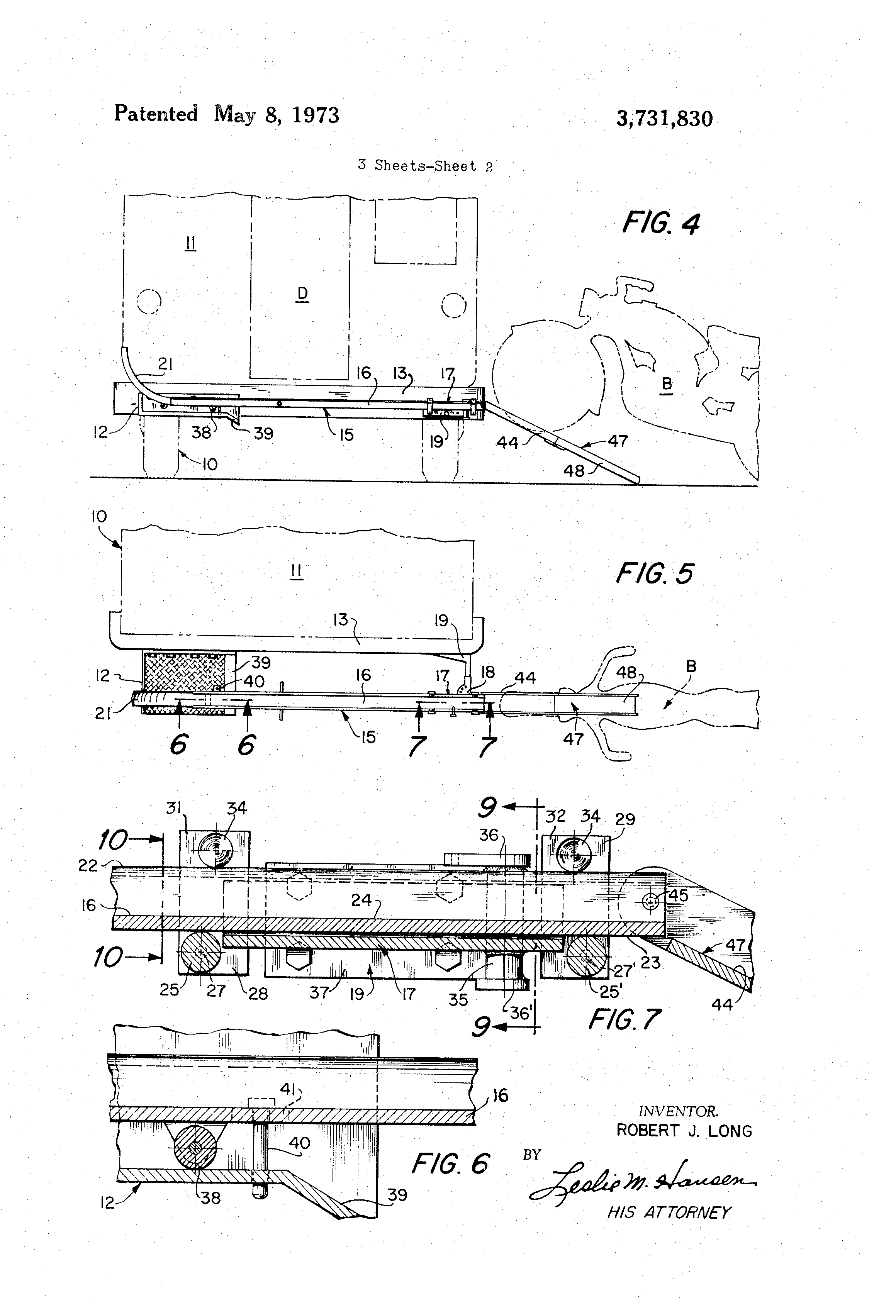 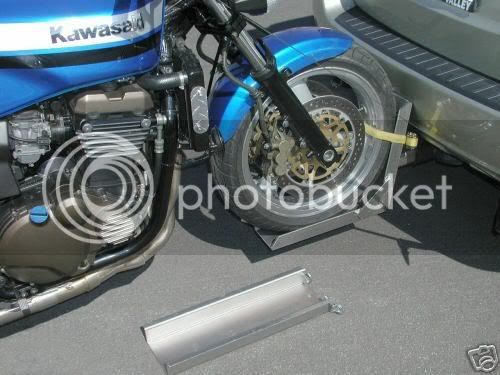 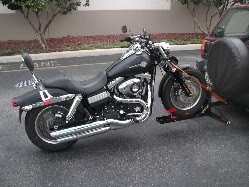 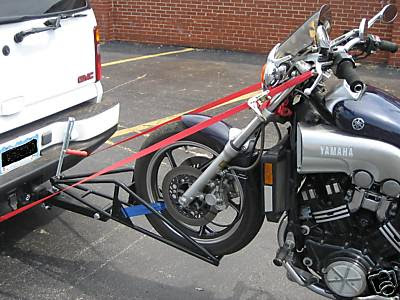 Rafael Long applies for his motorcycle towbar patent - "Bike rack for camper and the like".  Patent US 3731830 A.


Mr. Long's application summary reads, "A rack for receiving and supporting a motorbike and the like on the body of a road vehicle in a manner for shift-ability and angular swing relative thereto for enabling ingress and/or egress to and from the body of the vehicle without complete removal of the motor bike from the rack entailing a carrier longitudinally movable and balanceable relative to a hinged roller support, spaced from bridging means on the vehicle and including suitable locking means convertible to a ramp for use during unloading and loading of the motor bike relative to the rack."


"Such prior known carriers usually include a channel member for supporting a two-wheeled cycle in a relatively fixed condition on the back end of a conventional automotive main vehicle. Each case entails the problem of loading and unloading the motor bike relative to the carrier and the securing of the motorbike onto such carriers. Such carriers are usually mounted on the rear bumper of the main vehicle which may be a passenger vehicle, a station wagon, a trailer, a pick-up truck having a tailgate or an open body for a detachable camper and the like. In all cases if it is desired to gain access to the main vehicle either through the rear trunk; the tailgate or the rear 'door of a trailer or camper body, the motorbike usually has to be removed from such prior known carriers. The present invention seeks to overcome such tedious problems by providing a carrier constructed to facilitate access to or ingress and/or egress from the after end of the main vehicle without removing the motorbike from its carrier."


Of course, once Rafael is granted his patent every Joe Inventor thinks they know a better way.