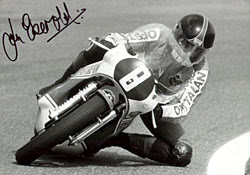 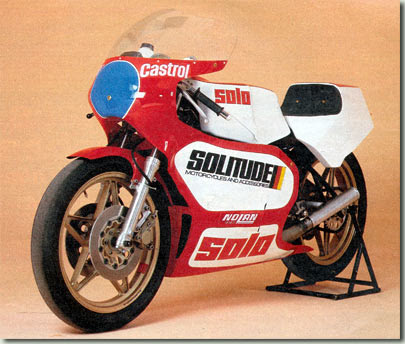 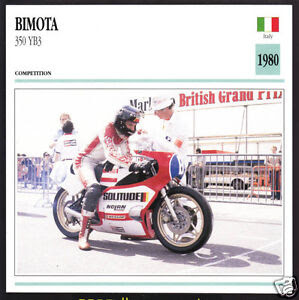 One of only a handful of true privateers to win a Grand Prix World Championship, Jon Ekerold is born in Johannesburg, South Africa.

Since Worild War II there have been so few "true" privateer's to win a Grand Prix World Championship and South Africa's Jon Ekerold was one of the truest. Aboard his own self-modified, self-tuned Yamaha TZ350, nestled in a Bimota chasis, he gave the 'big finger salute' to both Kawasaki and their team rider Anton Mang en route to winning the 1980 350cc Class Grand Prix World Championship.

Anton Mang returned the salute in 1981 when he would win the 350cc Grand Prix World Championship while Ekerold rode his Bimota-Yamaha to a second-place finish. An uncomfortable congratulatory handshake was seen on the podium.


Bimota was founded in 1973 in Rimini, Italy by the mastermind trio of Valerio Bianchi, Giuseppe Morri, and Massimo Tamburini. The company name is a 'portmanteau', if you will,  taken from the first two letters of each of the three founders' surnames.


Today in motorcycle history proudly supports the National Association for Bikers with a Disability (NABD). www.nabd.org.uk
Posted by Unknown at 10:13 AM