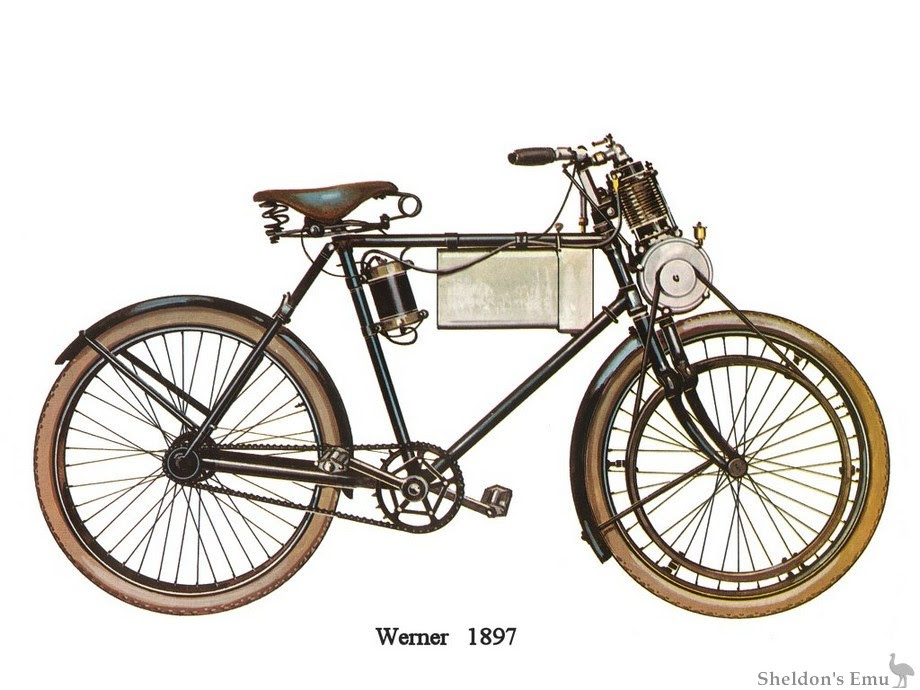 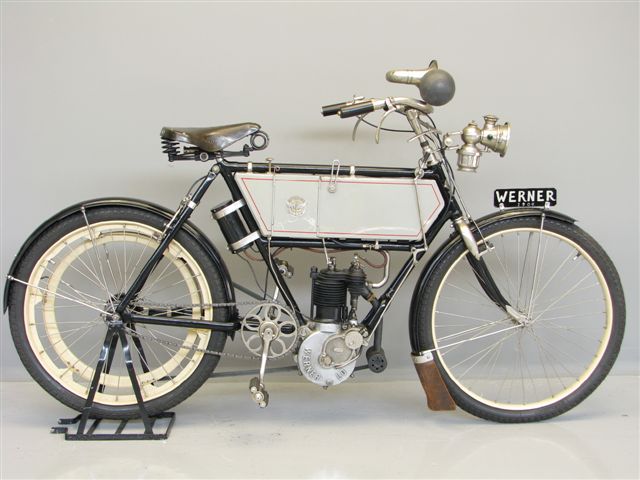 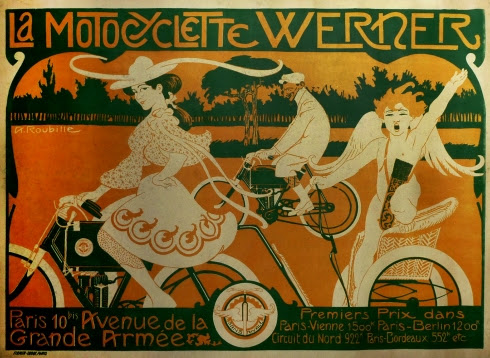 I came across this early motorcycle race review and thought someone might find it of interest. It's from The Literary Digest, XIX (No. 16), October 14, 1899.


From 'Le Nature' (Paris) by M. H. de Graffiguy, "A new type of automobiles, or to be more modest, of motorcycles, has begun to come into use. The bicycle with petroleum motor has had its trial and has shown valuable qualities that has insured a favorable future. It has been recognized that this form of mechanically propelled vehicle presents peculiar advantages, and in consequence many builders have given study to it. Furthermore, the race organized by 'Le Velo' for two-wheeled automobile cycles has brought them into prominence.


"Seven systems of motor-bicycles were represented in this contest but in the end it was narrowed down to a race between Werner motorcycles, of which four reached the goal, and a Pernoo bicycle, ridden by Labitte, who was the winner. The speed of this did not exceed 38 kilometers (23 1/8 miles) an hour, and that of the Werner motorcycles 26 kilometers (16 miles), altho their riders pedalled continuously.

"We may conclude that the motor gave only insignificant aid, these speeds would have been easily reached and exceeded by ordinary bicycles, simply operated by the legs and ridden by trained cyclists."


In 1897 the Werner brothers created a moto-bicycle called the 'Motocyclette' with a De-Dion Bouton engine mounted on the front steering head that achieved some success. But their most significant success came in 1900 with the New Werner used a patented frame design in which the engine was mounted at the bottom of the frame. The brothers were building their own engines rather than buying them from De Dion-Bouton as had been up to that point.


Check out this gem of Werner motorcycle history - on September 13,1902, Alfred Nipper of Prospect Place, Weston Super Mare, was riding his 1898 Werner Motorcycle on Bristol Road, Worle, Somerset when he was reported for the following offense.

As written on the summons, "Then being the driver of a certain carriage on a certain highway there situate called Bristol Road unlawfully did ride the same furiously thereon so as then to endanger the lives and limbs of passengers on the said highway"

Today in motorcycle history proudly supports the National Association for Bikers with a Disability (NABD). www.nabd.org.uk
Posted by Unknown at 9:43 AM