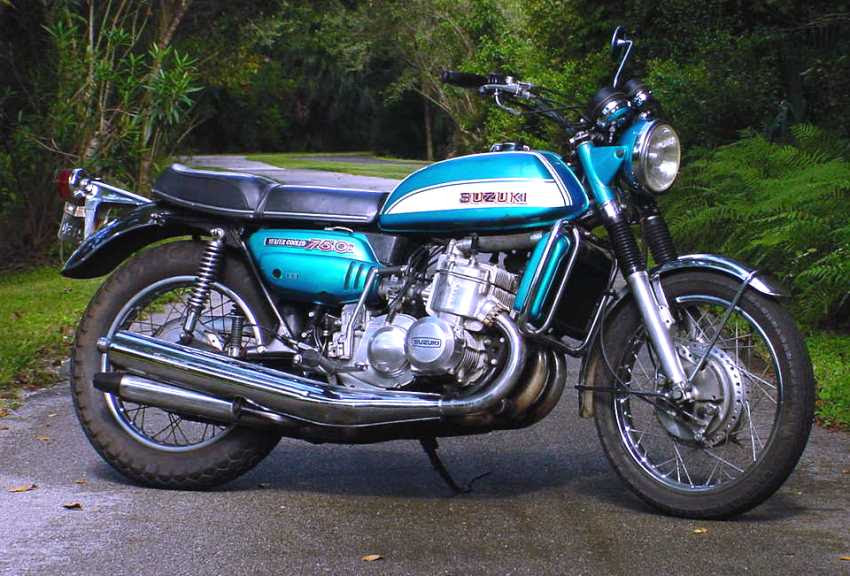 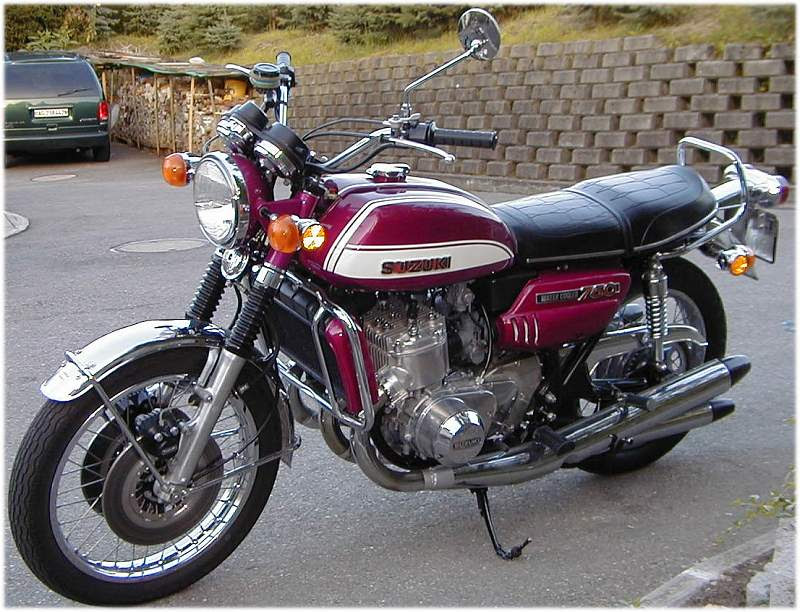 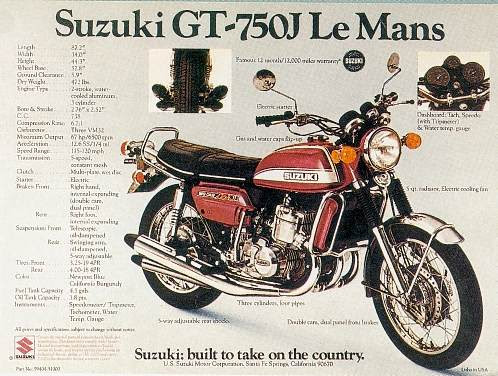 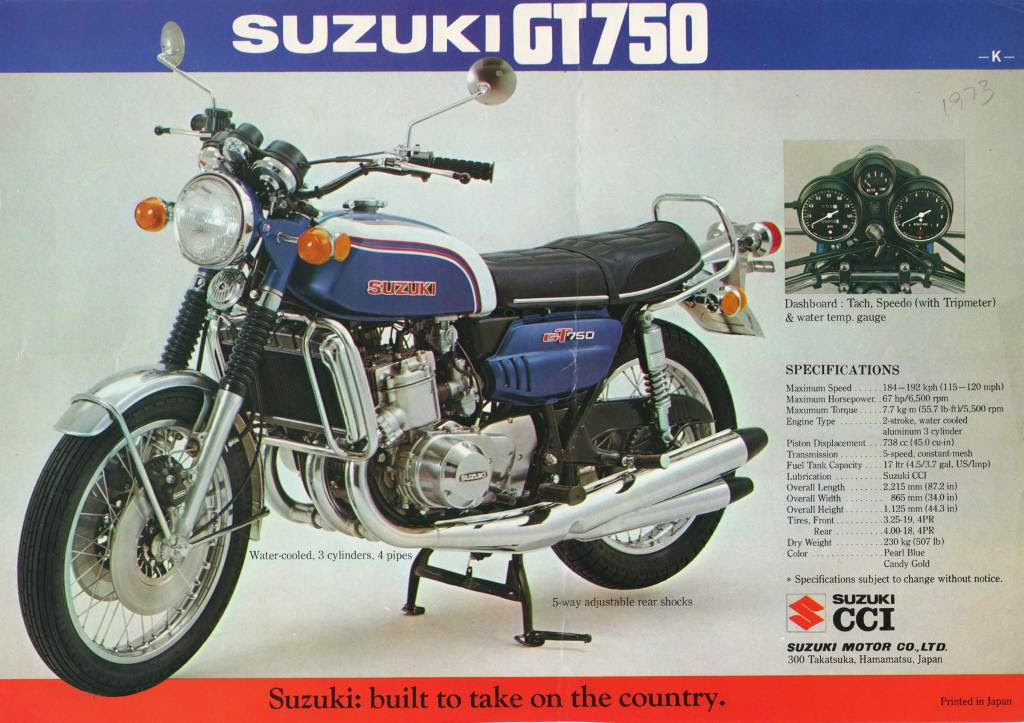 Buyers line up outside Suzuki dealers across Japan as the much anticipated GT750 arrives on the showroom floor.


The prototype Suzuki GT750 was shown at the 17th Tokyo Motor Show in October of 1970 and after almost a year of fine tweeking it's launched in Japan. Billed as a sports touring bike (GT = Grand Tourismo), it was developed from the highly popular T500 with an extra cylinder and liquid cooling thrown in to quell the rider's hunger pangs.

The 739cc two-stroke three-cylinder engine was marketed as the Le Mans in the United States and Canada. A heavy bastard, it tipped the scales at 550 lbs, it was rumored to be nicknamed the "Kettle" in Britain and the "Water Buffalo" in the United States. It had it's pluses though, a five-speed tranny, three-into-four exhaust, 32 mm Mikuni's, 67 bhp with a top-speed of 110 mph.  It also featured Suzuki's SRIS (Suzuki Recycle Injection System) which was a method for lowering the visible exhaust smoke by collecting and burning residual oil/gas lying in the bottom of the crank chambers. This was a first for any two-stroke. A point of pride for Suzuki engineers.


In 1973 Suzuki  announced that two 295 mm discs were replacing the drum front brake. Making Suzuki the only manufacturer that was offering dual front disc brakes at the time. By 1974 it had increased the top-speed to 120 mph but, as with all the late 1970's big two strokes the GT750 succumbed to stricter emission regulations and competition from technical developments of the invading four-strokes. Suzuki GT750 production finally ended in 1977.


The Society of Automotive Engineers of Japan, includes the 1971 Suzuki GT750 as one of their 240 Landmarks of Japanese Automotive Technology.

Today in motorcycle history proudly supports the National Association for Bikers with a Disability (NABD).  www.nabd.org.uk