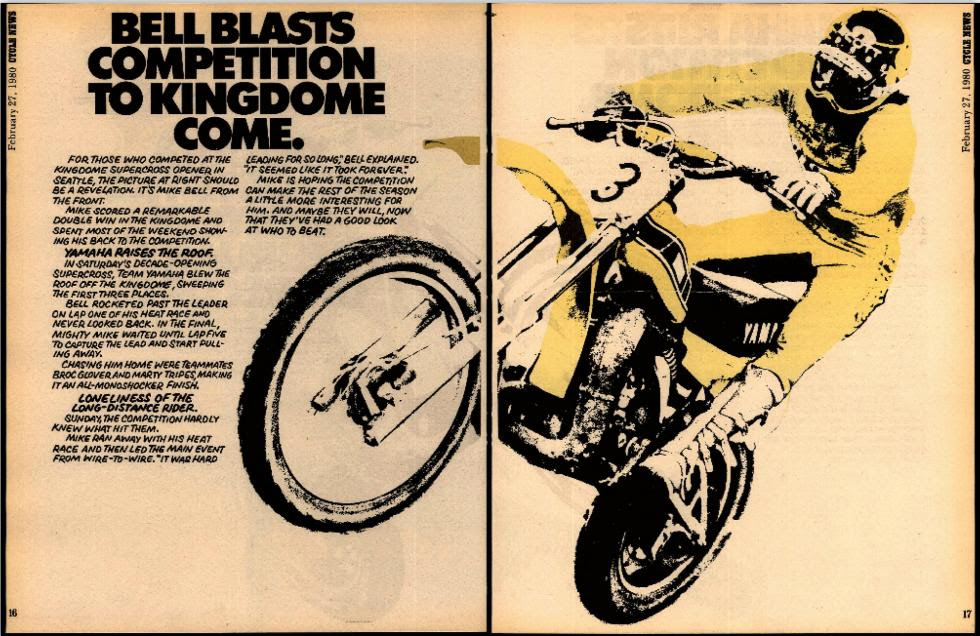 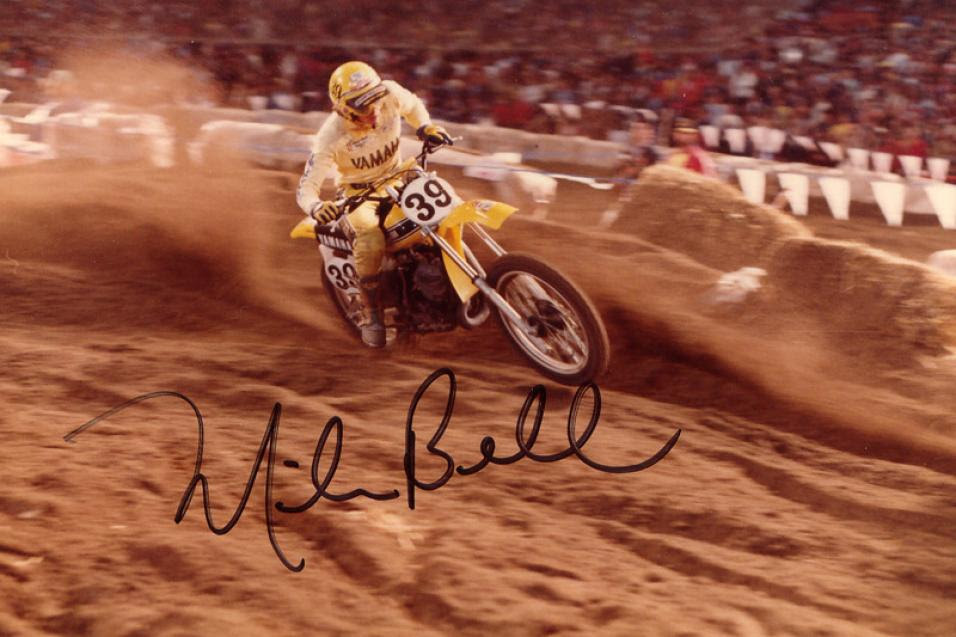 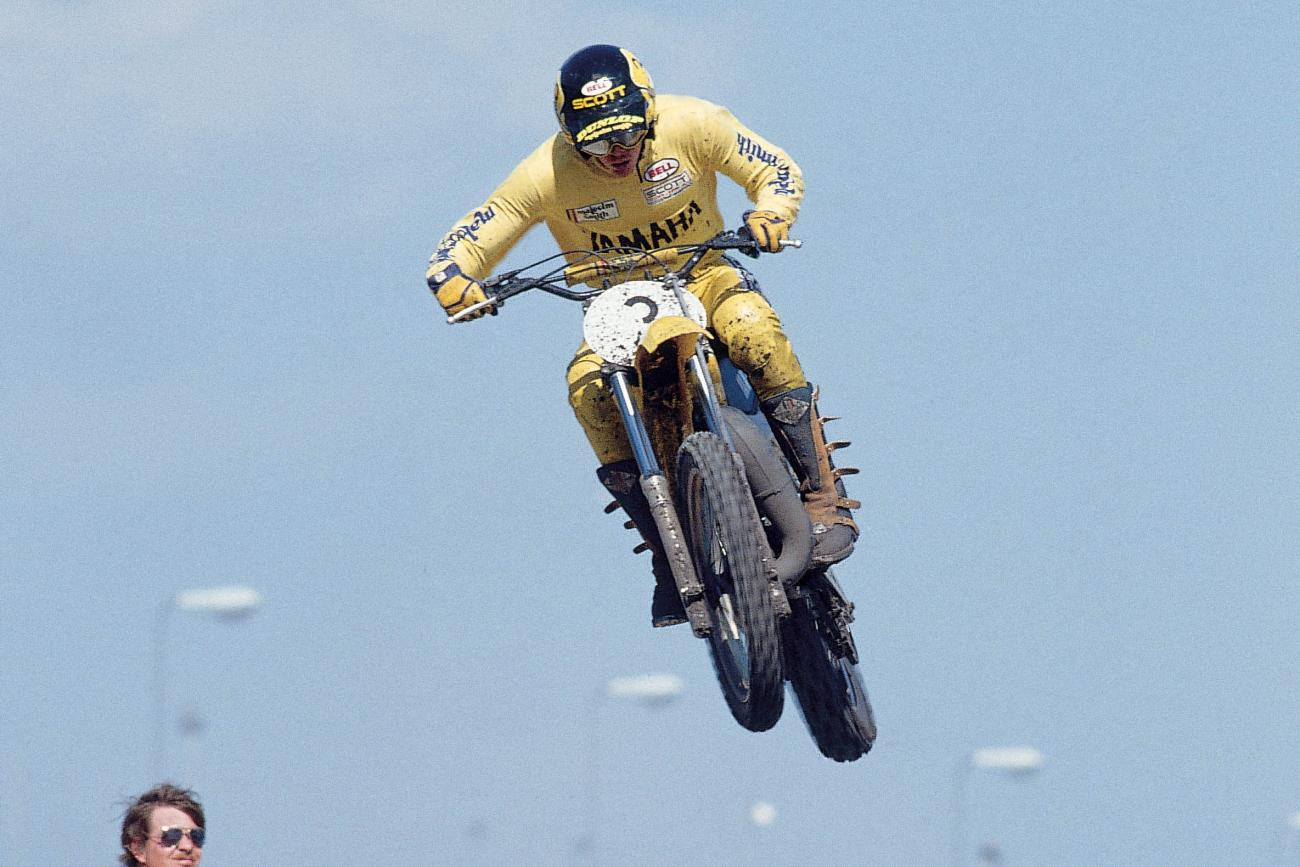 Mike Bell wins his first AMA National Motocross race in the 500cc Class in St. Peters, Missouri. Just a week later, he would score what would arguably be his biggest win ever at the Superbowl of Motocross in the LA Coliseum. The 20 year-old Bell would pull off one of the greatest upsets in the history of the sport with a thrilling win over Bob Hannah, the hottest rider in all of motocross at the time.


Mike "Too Tall" Bell was one of America’s leading motocross and Supercross racers of the late 1970's and early '80's. His biggest claim to fame was winning the 1980 AMA Supercross Championship. 1980 would prove to be Bell’s career year as Mike would ride his Yamaha to a record seven AMA Supercross wins enroute to that year’s Championship.

After seven seasons on the circuit Bell had tallied an impressive 20 National wins. He was third on the all-time AMA Supercross and fourth on the all-time AMA 500cc Motocross wins list and in the Top-Ten in career Trans-AMA victories. Bell’s Supercross record of seven wins in a single season would not be bettered for eleven years.

Mike Bell was inducted into the AMA Hall of Fame in 2001.


Today in motorcycle history proudly supports the National Association for Bikers with a Disability (NABD). www.nabd.org.uk
Posted by Unknown at 7:35 AM