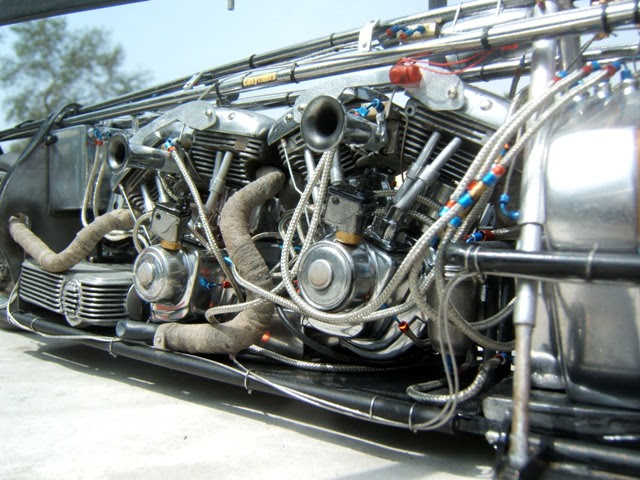 On July 14, 1990, Dave Campos, driving the Easyriders streamliner, sets both the AMA and FIM absolute speed records with an overall average speed of 322.150 mph, and a second, faster run at an average of 322.870 mph.


With a liver-quivering speed of 322.150 mph, Campos drives the Harley-Davidson Easyriders into the books. The record-breaking streamliner was owned by Joe Teresi, owner and publisher of Easyriders magazine, funded in part by $25 public shares that bought Easyriders readers tickets to the show (10,000 shares were sold altogether) resulting in an alleged record-breaking crowd at the Bonneville Salt Flats.

The bike was powered by two 1,500cc Ruxton Harley-Davidson Shovelhead engines. With a 2,500-lb. dry weight and a length of 23', the Easyriders streamliner broke the 12-year-old record—not bad for a bike that was rebuilt with the help of crowd members after it experienced a 300 mph crash on a test run. On the third day of the sixteen it took to break the record, the bike was damaged after an accident. The team and many sponsors stayed up three days and nights to fix it. Beers were paid for by Easyriders.


Today in motorcycle history proudly supports the National Association for Bikers with a Disability (NABD).  www.nabd.org.uk