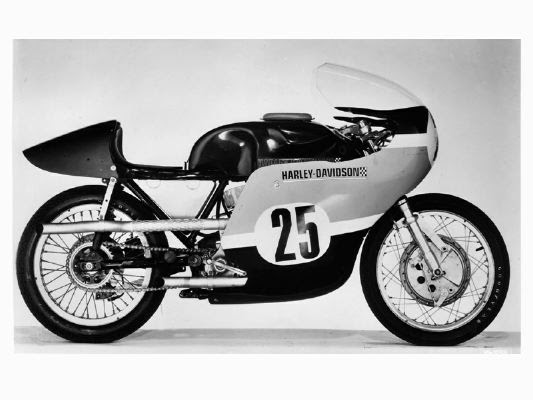 Cal Rayborn II, back-to-back winner of the Daytona 200 in 1968 and ’69, dies after crashing his bike during a race in New Zealand.

In 1968, the field for the March Classic was perhaps the strongest ever, with top British riders including former World Champion Phil Read, plus a strong contingent of riders on factory Japanese bikes from Yamaha and Suzuki. This was the first year the '200' truly became an international event. Harley-Davidson came to Daytona with a team of seven factory riders, but they would only need one, Cal Rayborn.


In the race, Cal led most of the way. At one point he lost the front end of the factory Harley and slid so far that it actually wore a hole in the knee of his leathers. Rayborn would recover and lap the entire field en route to victory. He became the first rider to average over 100 mph during the 200-miler. That win established Rayborn as the premier road racer in the US.


Even though Cal's Daytona performance in 1968 was dominating, his win the following year was even more impressive. By 1969, the Japanese had found amazing speed in their lightweight two-strokes. Beginning with pole winner Yvon DuHamel on a Yamaha, nine of the Top-10 qualifiers were on two-strokes. Rayborn, (who qualified eighth on a factory H-D), was the only four-stroke rider among the top qualifiers. During the race only Rayborn’s unmatched riding ability kept him in touch with the faster two-stroke leaders. But, one by one, the two-strokes experienced problems, all the while a white-knuckled Rayborn riding fast and steady, took the lead and pulled away for his second straight Daytona 200 win.


It was in the spring of 1972 when Cal Rayborn turned in perhaps his most famous performance. Against the wishes of the H-D factory, he would accept an invitation to the Transatlantic Match Races in England. With Harley refusing to back him, Rayborn rode an old iron-cylinder XR owned by Harley-Davidson employee Walt Faulk. It was Rayborn’s first appearance in England. Legend has it, his teammate and friend Don Emde drew maps of the tracks they would race on a cocktail napkin. On the outdated bike and with no experience on the tracks, Rayborn went out and won three of the six rounds and tied Britains Ray Pickrell as the top scorer. It would mark the beginning of a recognition by the rest of the world that American riders, long thought only able to master oval dirt tracks, could be top contenders in International Road Racing. In the summer of 1972, Rayborn won two Nationals and had the distinction of giving Harley-Davidson its final AMA Grand National Road Race victory. It came on July 23, 1972 at Laguna Seca Raceway in Monterey, California. It also proved to be Rayborn’s final national win.

It became clear to Cal that his future was in road racing, and it was also clear that Harley-Davidson would be less and less competitive on the road racing circuits. At the end of 1973, he made the gut-wrenching decision to leave Harley-Davidson and accept an offer to race for Suzuki.

Sadly, Cal Rayborn would never race in America again. In December of 1973 he died in a club event in New Zealand when the bike he was riding seized and threw him into a guardrail at well over 100 mph.


Cal Rayborn II was inducted in the AMA Hall of Fame in 1999.

Today in motorcycle history proudly supports the National Association for Bikers with a Disability (NABD). www.nabd.org.uk
Posted by Unknown at 12:36 PM