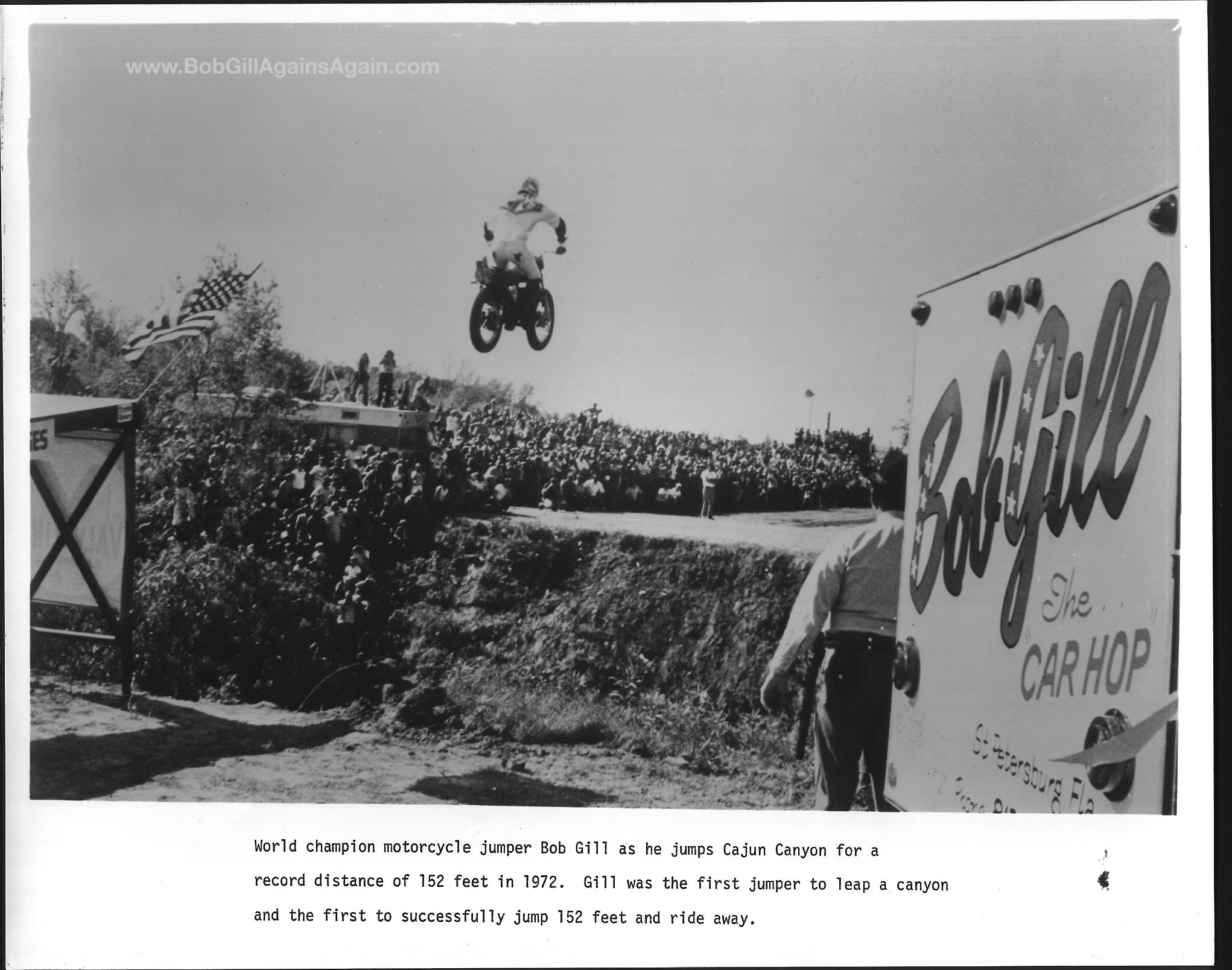 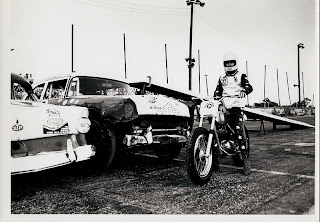 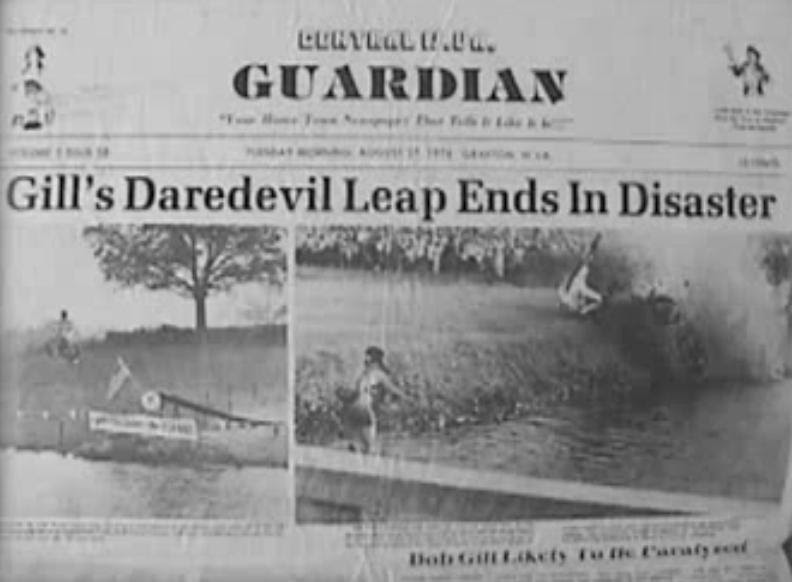 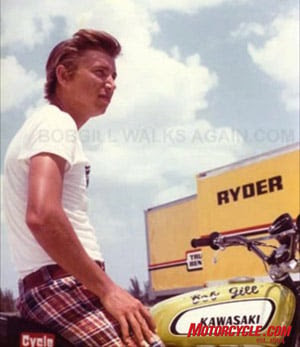 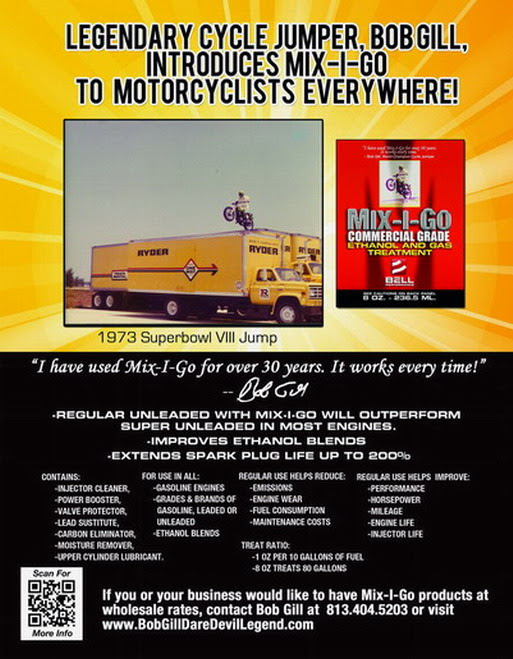 On May 10, 1973, Michael Sloan Productions films Bob Gill attempting to jump a fleet of Ryder rental trucks at Masters Field, a regional airport in Miami, Florida.  Bob's rear tire touches the tallest truck...landing front wheel first on the hard concrete surface, but landing safely and riding away.  The ad created was the first to feature a motorcycle jump, the ad was voted the "Number One Action Commercial of the Year" and it propelled Ryder to the top of the rental truck industry.  The spot was so successful that Ryder bought air time during Super Bowl VIII and was viewed by over 140 million worldwide on January 13, 1974.


Bob Gill was one of the first motorcycle daredevils to jump without a landing ramp. There were only two other known jumpers in the 1970's that were crazy enough to not use a landing ramp. Bob Pleso and Robin Winter-Smith, and they both died trying.

On April 16, 1972 in front of an estimated crowd of 10,000, Bob cleared the 60' deep, 152' wide Cajun Canyon (outside of New Orleans, Louisiana) becoming the first motorcycle daredevil to jump a canyon on a real motorcycle, a Suzuki 400.  He also entered the Guinness Book of World Records having made the longest successful motorcycle jump of 171' over 22 cars on July 17, 1973 at the Seattle International Raceway in Seattle, Washington, in front of 20,000 screaming, drunken fans.

Bob would take a shot at another World Record with "The Great Jump at Appalachia Lake".  On August 18, 1974, in Bruceton Mills, West Virginia, Bob Gill tries to jump 200' across Appalachia Lake.  Landing 3' short, he slams the embankment at 95 mph, planting the bike into the earth and throwing Bob into the warm West Virginia dirt.  The accident caused severe spinal injuries resulting in the loss of his ability to walk thus, ending his motorcycle daredevil career.

Walk-shmalk: not letting his disability deter him, on July 1, 1976, a determined Bob Gill rode a hand-controlled Kawasaki 900 with a side-hack across country over 8,000 miles to 30 major cities raising $1,200,000 for spinal cord recovery and repair. The ride was from Florida to Hollywood, California.