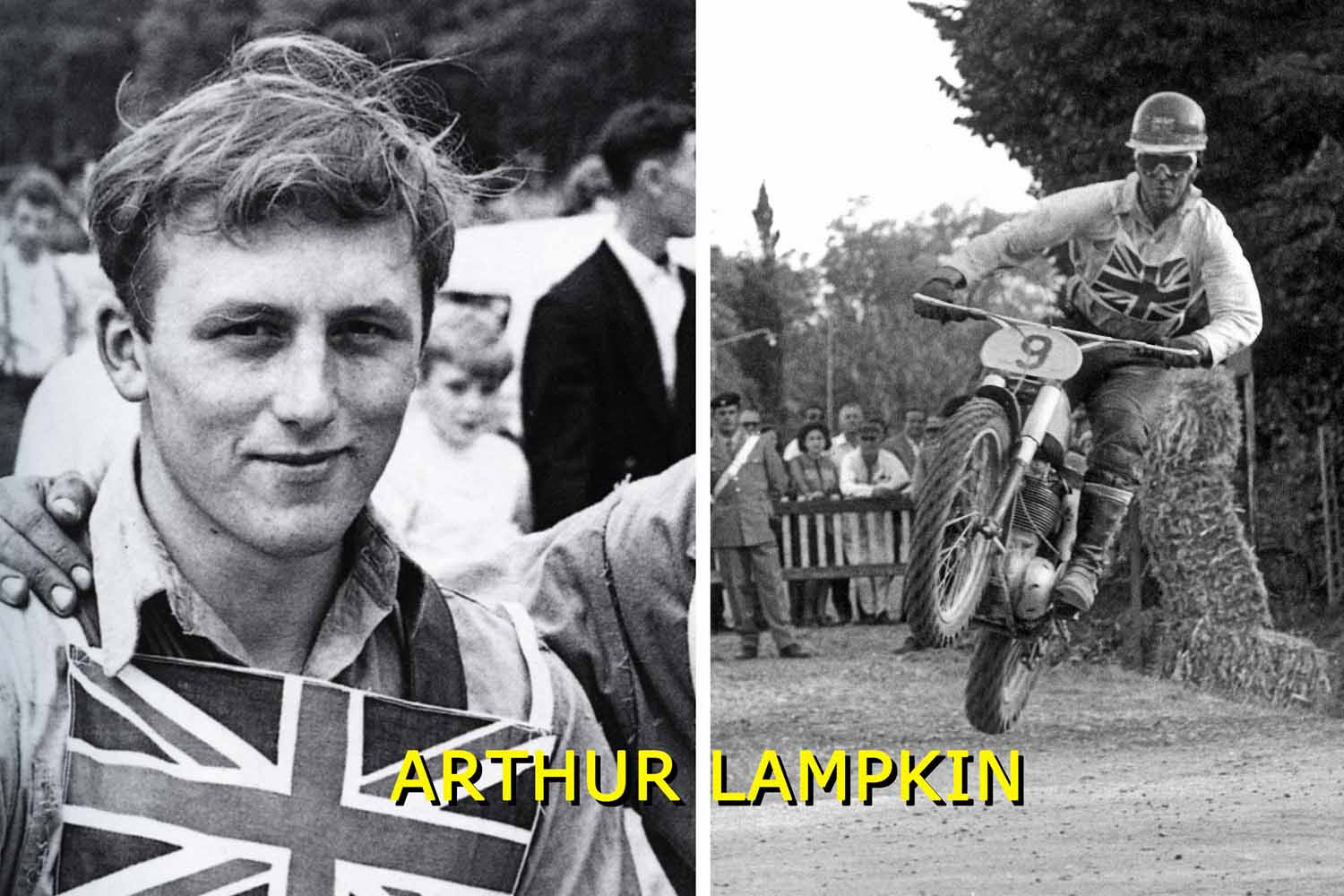 Dubliner Thomas "TomCan" McCabe breaks his right wrist and 3 ribs when he crashes his 350cc Royal Enfield Bullet outside of Creag Lundle during the 1963 Scottish Six Day Trials (SSDT).

Arthur Lampkin would eventually be the victor on his 250cc BSA, fighting Sammy Miller and his famous 500cc Ariel "Gov 132", day after grueling day.

From a bit of a Yorkshire motorcycling dynasty, Arthur and his younger brothers, Alan and Martin Lampkin, all were kick-ass trials riders. Alan won the 1966 SSDT aboard a BSA while Martin took the Scottish jewel in 1976, '77 and '78 with Bultaco. Martin Lampkin's son, is 7-time SSDT Champion, Dougie Lampkin.

For those of you not familiar with the system of vehicle registration used in Britain, the registration number stays with each vehicle for its entire life. Sammy Miller's Ariel is registration number "GOV 132".  "GOV 132" won 161 international and national championship trials between 1958 and 1964. I don't know of any other single machine in any type of motor sport with a record like that.

Today in motorcycle history proudly supports the National Association for Bikers with a Disability (NABD).  Check 'em out at www.nabd.org.uk
Posted by Unknown at 9:29 AM