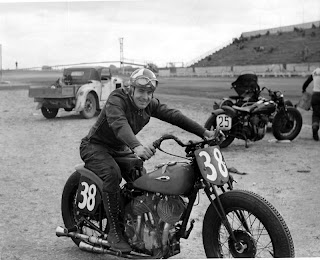 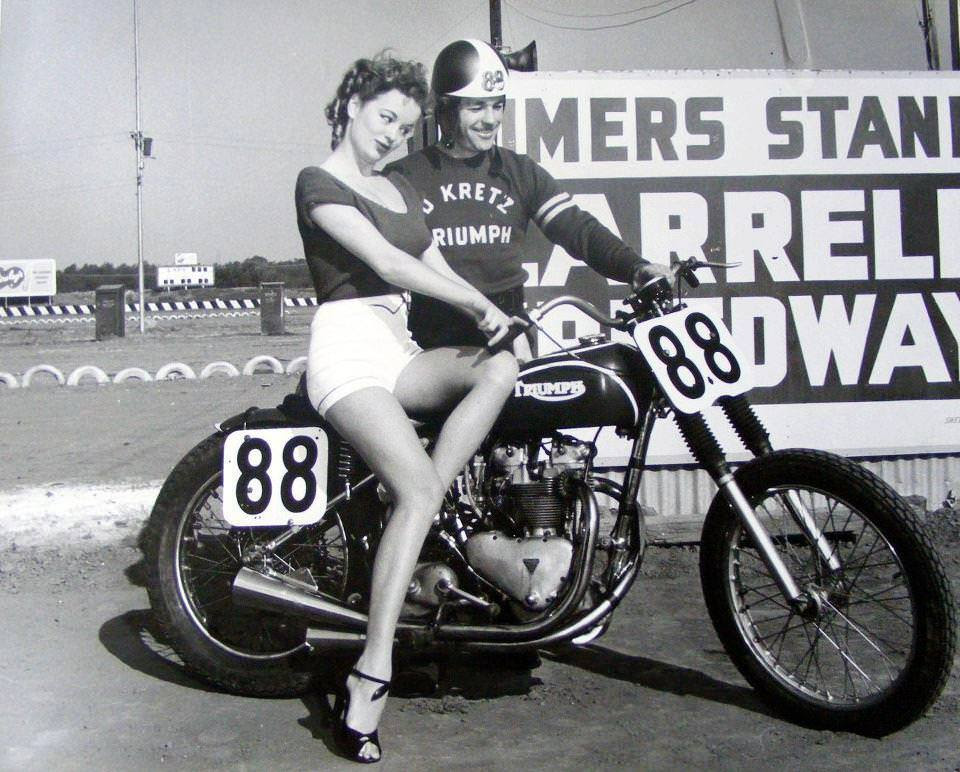 Aboard an Indian Scout, Ed "Iron Man" Kretz wins the 1938 200 mile Laconia Classic. The race is held at Belknap Recreation Area in Gilford near Laconia, New Hampshire, as part of the New England Gypsy Tour.  It's the only Laconia Classic that was 200 miles, normally it's 100 miles.


Ed "Iron Man" Kretz was hands-down the greatest American motorcycle racer of his day and the first major star of AMA Class "C" racing. He was a fierce competitor, a biker's biker, who strove to finish, and win, every race.

Kretz's big breakthrough win came at the 1936 200-mile Road Race National Championship at Savannah, Georgia, where he beat the best riders from across the country. Ed was suddenly one of the best-known racers in the country. He was given a contract with Indian that paid him $200 per month (a nice hunk of change during the Depression) as well as travel and expense money.


But, the ride that the Iron Man will forever be remembered for was his victory in the inaugural Daytona 200 in 1937.  It would go on to become the single most important motorcycle race in America, and Kretz's win at the very first one earned him a significant place in the history of the sport.

Among his considerable accomplishments were victories at nearly all of the major national events of the late 1930's and 1940's, including the Savannah 200, the inaugural Daytona 200, the Langhorne 100 Mile and the Laconia Classic. Only one major race eluded Kretz over the years– the Springfield Mile.

Ed Kretz was inducted in the AMA Motorcycle Hall of Fame in 1998.

Today in motorcycle history proudly supports the National Association for Bikers with a Disability (NABD).  www.nabd.org.uk